January is like the Monday of the year. All of the work from December (the year's weekend) has rolled over into the next month, and while you're still looking back fondly on those holidays off, you have to shake off the doldrums and get back to work—presumably with ample amounts of coffee in hand. I'm not sure February counts as the Tuesday of the year yet, but it's at least Monday night. You've had plenty of time to get back into the normal flow. Each task feels manageable rather than monumental, as it did in the week following New Years. It's time to start focusing again.

So, this is where I tell you that my January did not go at all according to plan. My original goal was to take a huge bite out of Grave of the Waiting. You may remember I set my target to reach 50% of the first draft, up from the 22% I'd left it at in December. Fifty percent! I was going to write another NaNoWriMo's worth of story. Hah! Let's take a look at the progress bar as it stands.

Well, it's not all bad news. The reason I hardly worked on Grave of the Waiting is because my editor turned around her notes for An Ocean of Others remarkably fast. I was expecting to get them at the end of January. Instead, I got them on the 6th.

I immediately got to work making the corrections she suggested, then sent it back to her while getting started on the book's interior formatting. I learned how to use Adobe InDesign, wrote all of my front and back matter, and then incorporated the proofreader's fixes into the manuscript when I received them on the 21st. I even began narrating the audiobook for An Ocean of Others after talking to some other writers on Twitter and realizing it's going to take months to finish.

In all, it was still a productive month... just not for the project I expected to be working on. I'm happy to say that other than the audiobook, An Ocean of Others is practically finished. I don't need to touch that at all until I get my cover art back. Which is good because...

I have my work cut out for me.

Yes, I'm going to begin publishing my serial on the 1st of March, less than a month from now. I'll be posting the prologue and chapter one on the website, as well as releasing a combined eBook file that you can download and load onto your favorite reader. On the 1st of every subsequent month, I'll post one more chapter (the exception being in April, when I'll post two chapters, but one will be a Benefactor exclusive). So there's no confusion, the release schedule will look like this:

And so on, until the book is fully published. Benefactors will get everything one month ahead of non-premium members. If you're on the mailing list, you'll be able to read the whole story. If you're not, it will start prompting you to join the mailing list and sign in to view any chapters after the third.

Since this book is 30 chapters long in my outline it's going to take over two years to publish everything. During these early months I'll be trying to get as far ahead of the released chapters as I can, but I'll eventually look into releasing multiple chapters a month if it's feasible. Two years feels like the story would drag on far too long, and I'm sure I'll be itching to release it as fast as possible once it's completely written.

Apart from early access, another benefit that Benefactors will get for this story is that I'll be releasing audiobook narrations as each chapter is released. That's going to be, uh... interesting. I'll have to practice my girl voice for Ada, the point of view character. 😅 Still, I'm really looking forward to that. Narrating An Ocean of Others has been so much fun, and I can't overstate the value I've been getting out of reading the entire story aloud.

Speaking of Benefactors, last month I put out a poll asking which membership perks people would be most likely to take advantage of. Of the options, only free eBook downloads and early access to published works held universal appeal. Access to Q&A sessions was up there as well, along with discounts on physical books and merch. I can definitely make all of these happen.

I'll certainly be releasing An Ocean of Others (and all subsequent novels) in digital form, so if you're already a subscriber to the website I see no reason why you shouldn't get that at no additional cost. I'll also have physical copies of the book on hand, so I'll sell signed copies to Benefactors at lower cost than you can find them anywhere else. I'm not sure what other sorts of merch people will be interested in yet, but anything I do sell will definitely be discounted for Benefactors.

First, though, you'll be getting Grave of the Waiting chapters ahead of everyone else, with digital downloads and audiobook included. And when the serial is fully posted, I'm going to put together physical copies of it that will be free to anyone who supported me during the period of publication. But that's getting ahead of myself. My task this month is to make sure everything is ready by March for a smooth release. I'm excited to finally share Ada's horrific story with you all!

Earlier this month, I pledged to read many more indie fantasy and sci-fi books this year. After all, I can't very well ask people to read my indie books if it's not something I consistently do myself, can I? No, I don't think so.

And as a way to give back to the self-pub writing community, I want not only to read them, but also to review them and promote them in this space.

Finally, I also started a YouTube channel on which I'll be posting weekly updates every Tuesday. Just something a little more bite-sized than these newsletters, so I can let everyone know what I'm working on and hold myself accountable for getting it all done. I'll also be posting summaries of my Indie Reviews and samples of my audiobook narration over there as well. Head over to YouTube and subscribe if you're interested.

That's it for this month. Look out for Grave of the Waiting in March, and as always, thanks for reading! 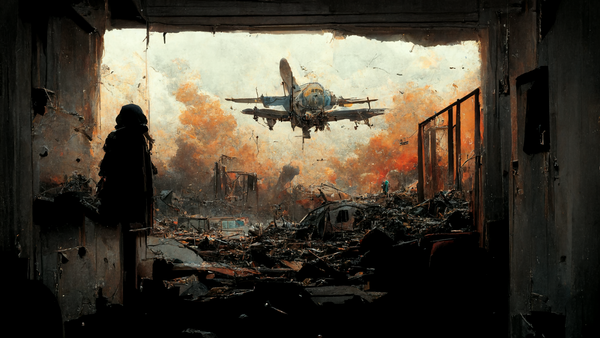 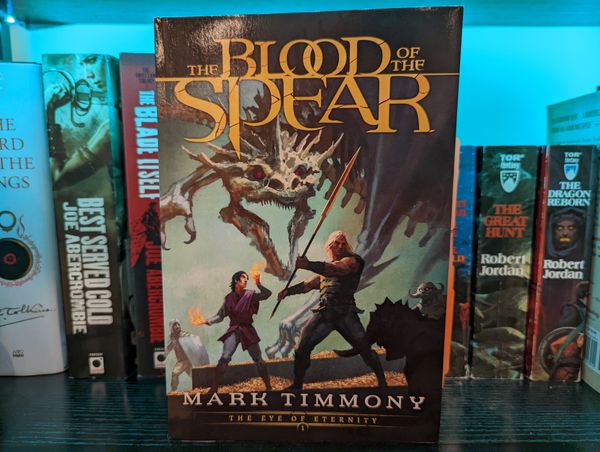 A review of The Blood of the Spear, featuring a Q&A with the author, Mark Timmony.