We did it. We survived the busiest month of the year.

Okay, I'm being dramatic, but it really was a busy month! To recap, last month's schedule looked like:
Sept. 6 – Publishing An Ocean of Others
Sept. 17 – Getting married
Sept. 26 – Starting a new job

All of those things went spectacularly well! What has not gone well is my time management, hence why you're receiving this newsletter so late at night. Hence why I've fallen a bit behind writing Grave of the Waiting. Hence why this is going to be a rather short update.

Let's tackle those three big events in order, starting with the release of An Ocean of Others. In less than a month, we've sold over 200 copies of the book and gotten over 7,500 page reads on Kindle Unlimited! 🥳

That's not an instant-smash-hit, but it's much better than I hoped for when I was preparing to publish the book. I set my optimistic target at 500 copies sold by the time the book is a year old, and it seems like we may hit or surpass that goal! I've got a lot of exciting things in the pipeline to keep the hype train rolling, so stay tuned.

If you've bought a copy of the book or two (I know at least one of you has two!) then thank you, sincerely. This has long since stopped being about me and my uncontrollable urge to write weird fantasy stories. Okay, maybe it's still a little bit about that, but what really keeps me going is knowing that there are people out there who've really connected with the story.

For instance, I love reading all of the reviews for the book, good or bad, but one that really touched me was this one by Fazila Reads who not only took the time to write a lovely review but also created an aesthetic and fan art inspired by the story.

My blog doesn't allow me to embed Instagram posts, which is dumb, but you should definitely go follow Fazila over there. Seeing someone put in this much effort because they enjoyed a story... I can't think of anything more gratifying as an author. Thank you to anyone who engages with the story, and thank you to Fazila in particular. Those posts really made my day and still make me light up with joy thinking about them.

The last thing I'll touch on before moving on from An Ocean of Others is that we did a Twitter giveaway to celebrate the launch of the book. All five winners have been selected, and the signed books and merch have been shipped out. Congratulations to @plot_head, @sn00bie, @Fl3der, @Nina_chitchat, and @Chris_DT_author for winning the drawing!

/* Side note: @Chris_DT_author is Christopher Russell, and as you can probably guess from his Twitter handle, he's also an author! He just published his latest book, Remnant, just a few days after my own. I've heard nothing but high praise for his Divinity's Twilight series and can't wait to start reading it myself. Check it out! */

Okay, so you may be thinking at this point: You said it was going to be a short newsletter, and after all that we're only through a third of the topics!

Sadly, that's because there really isn't much to share about the wedding. It was incredible, a day I'll remember for the rest of my life. Marrying Rachel is one of the best decisions I've ever made, and I'm so grateful to have her by my side.

I only wish I had some dang pictures to share! I've seen a preview of some of the shots our wedding photographer took, and they were stunning. I simply don't have them in my possession. So, the wedding photo album will have to wait until a later newsletter once we have them. Sorry!

The last big upheaval of September was that I started a new job. Like with the wedding, there really isn't much to tell here. I'm really enjoying it. The team seems great so far, the work looks to be challenging and exciting, and it's been over a week without me getting fired. Great success!

The only downside is that I've got a train ride into the city as my commute now, which is certainly preferable to driving in but is also far more time-consuming than my previous commute. (My previous commute was a quick walk down to the basement, where I worked fully remotely.) It's eaten into my writing time pretty significantly. But it's just growing pains. It may have caused me to fail a writing sprint, but I'll get situated into the new schedule soon enough.

Hopefully, 'soon enough' means 'this month', because I've got to finish Grave of the Waiting before NaNoWriMo starts up! Wish me luck. I'll be back in another month to let you know how it goes. Until then, thanks for reading! 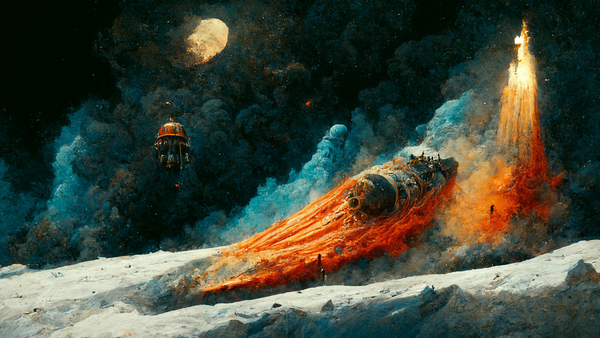 “Do they know we’re coming?” Marlo asked over comms. They were in a dying ship, its last working engine firing directly at the planet. 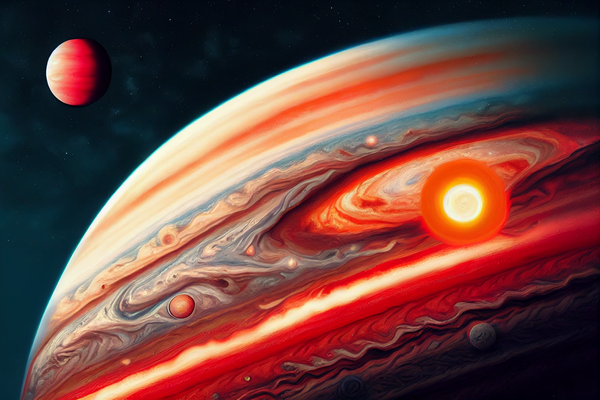 Crimson stained the walls, scarlet the grated floors. Ada was a little girl in the hospital again, shaking her head to make the terror go away.