Welcome, ladies and gentlemen, to the final newsletter of 2021. The year certainly has been one for the history books, hasn't it? Things still haven't returned to "normal", if such a thing exists, but I dare say they've been trending in the right direction. While the shadow of the pandemic still hangs over us all, vaccines have been rolled out, and I'm feeling more hopeful going into this winter that the end is in sight. As Thanksgiving has just passed, it feels appropriate to express my gratitude that none of my close friends or family have been hit too hard by the virus. In my own little corner of the universe, at least, things are going pretty well.

Looking back, it's surprising how different my life is from the end of 2020. For one, this website didn't exist until this February. Now, it's a regular part of my monthly routine to write these updates to send to you all. I'm glad to have started doing this, but that's a small development compared to the other things that have occurred. I finished my novel's 2nd draft, I joined a writing group, I turned 30, I got engaged, my fiancée and I bought a house, I started a small business, I finished my novel's 3rd draft...

But let's dial in the focus to look back at just this past month. In the November Newsletter I revealed some details about my next project, Grave of the Waiting, a sci-fi horror story that I began drafting for this year's NaNoWriMo. So how did NaNo go?

I'd say it was a bit of a mixed bag. As you can see from the daily word count graph, the month started out very strongly. In fact, for the first third of the event, I was on track to hit 50,000 words – the traditional NaNo goal. However, things quickly took a turn after that, and the rest of the month was more sporadic with some good days, some not-so-good days, and quite a few downright awful no-writing days. I attribute the no-writing days to a small bout of sickness, some laziness combined with the release of a new multiplayer game all my friends are playing, and some burnout after sprinting hard for the first ten days. Of course, those are just excuses, and as my uncle used to say, "Excuses are like butts: everyone has 'em, and they all stink." Nothing I can do now except be more consistent next year.

In any case, my goal wasn't to hit 50,000 words because during 2020's NaNo (my first one), I only wrote 25,000 words. Doubling my word count seemed rather impractical, so this year I set my target at 30,000 words, because incremental improvement is the name of the game. I'm impressed with all the Montogomery County writers in my Discord group who hit their 50k targets (and beyond!), but thankfully I'm not competing with them. I'm only competing against my past self.

My goal was to write 1000 words per day, which I hit on twenty out of thirty days. My early surge made up for the rest, allowing me to finish with 30,252 words on the final day of the month. So, there's plenty of room for improvement just through consistency – 36,000 words (1200/day) seems like a good target for next year.

As for the writing itself, that I'm quite happy with! I haven't had any major deviations from my outline, which means so far, my characters are behaving. There was more setup in the story than I expected, so it took quite a while for the characters to leave Earth – a bit longer than I hoped, really. However, by the end of Act I, they're well on their way to the rogue planet that's entered the solar system. Whether they make it back home remains to be written...

The one thing that's worrying me so far is that I've hit 30,000 words while just seven chapters in. My outline calls for thirty chapters (plus a prologue and epilogue), so at this rate the story is on pace to be over 130,000 words. I'd like to get that down closer to 100,000, so there's going to be a lot of chopping to do as I revise these chapters for publishing. I've submitted my prologue and first chapter to my writing group for critique, so hopefully they'll have some good ideas on what can be cut down.

I've updated the progress bar for the first draft to 22% on the Projects page. However, I'm going to need to put this story on pause for a brief time because...

The editor I've hired recently got back to me with her comments on the third draft of An Ocean of Others. It was quite nerve-wracking opening the document with all her feedback, but by the time I got through all her comments I was elated! It was so satisfying to receive some professional critique for an entire story I've written, and I think it'll prove invaluable in making this tale as compelling as it can be. I'll spare you the details, but the general summary was that she felt "the manuscript is great overall" and "it's pretty close to ready for publication."

Now my work is cut out for me. I've got to incorporate her feedback to finish the fourth draft in about two weeks. That might be tougher than hitting my NaNo goal! But I'm confident I'll get it done. After that, she'll give it one final edit then send it to a proofreader. And then, once I approve of all the changes and make any final tweaks... it'll be finished.

I'm close to the finish line now, but I can't slow down yet. The plan for the rest of the year is to finish the fourth draft in the first half of the month, then turn my attention back to Grave of the Waiting. With the holidays coming up, including some out-of-state travel, I don't expect to get too much done on that front. Likely, I'll just update the outline to make it match what was drafted during NaNo, then dive headfirst back into the story come the new year. Pretty soon after that, I'll have to start publishing them for you to read! I don't know whether to be excited or terrified. 😅

My band, gravelord, will be releasing our first ever music video in the coming days. On December 17th, be sure to keep an eye on our social media sites for when we drop Malevolent Eyes.

And two of my friends, Jerry and Nelson, started a podcast this month called Play Pause Preview. In it, they take a look at gaming, tech, and all other entertainment news, and they invited me to be their inaugural guest. We recorded the episode two days after Thanksgiving, and talked about Netflix's Arcane, Halo: Infinite, the latest Pokemon games, virtual reality, Elden Ring, and more. They put out the episode I'm in today, so head to their Spotify page and give it a listen!

Well, that's it for 2021. I hope you all enjoy the holidays and enter 2022 with high spirits. It's going to be another big year for me, so subscribe to hear all about it! You won't regret you did. 😉

As always, thanks for reading! 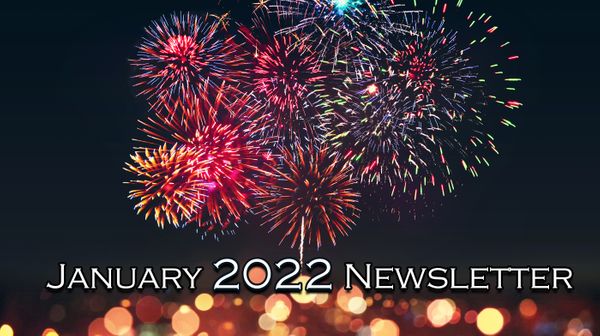 The year ended with me caught in the virus wave, but hopefully the new year is about communities coming together as the storm recedes. This month is all about my own little community of premium subscribers. Happy 2022! 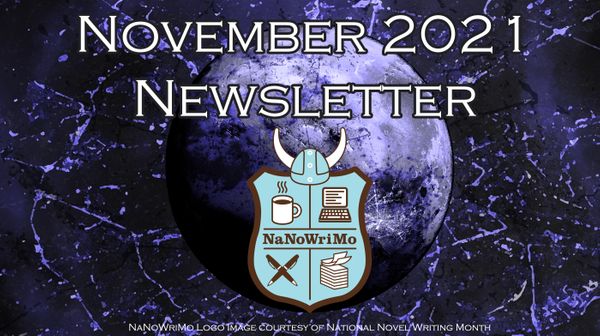 In the middle of NaNoWriMo, I drop two updates about my upcoming sci-fi horror serial, complete with cover and title reveal.