Out with the Old

These are questions I had to ask myself about the wobbling planet trapped between two stars that I described in Space and Time. On Earth, and especially in the era of digital, atomically-accurate timekeeping, we take our shared understanding of time for granted.

"How many hours until lunch time?"

"I'll be there in five minutes."

"What day of the month is your birthday?"

"Wait a second while I figure this out."

None of these questions or statements would make sense on my planet. Because of the planetary wobble, the length of time that the sun is in the sky varies quite substantially. How useful is the concept of an hour if the length of an hour changes every day? Not very. Minutes are just subdivisions of hours, so those are out, as are seconds. This solar system is complicated enough already, so I thought it prudent not to add more complexity by inserting a moon. Yes, the planet is moonless; unfortunately that also means it's month-less. Don't even get me started on weeks, which are based on lunar cycles, older Babylonian calendars, or the story of Genesis in the Bible, depending on who you ask.

Ultimately, I did decide to keep years in this world, if only to preserve some sense of normalcy with the timekeeping. But since there's no orbital period that it aligns to, it's a rather arbitrary measure. I call it the Imperial Year in An Ocean of Others, implying that it was imposed by the Bright Empire (because if there's one thing empires like doing, it's imposing things). I haven't decided yet what this year is based on because it hasn't been pertinent to the story. But I'll have to decide on some relevant history for the second book, since one of our POVs will be traveling to Paceeq, capital of the Bright Empire.

In any case, timekeeping on this planet might be different from our own, but they haven't done without the concept of time altogether. Time still serves the vital purpose of organizing and coordinating people. Ultimately, just like we do on Earth, they derive time from their local conditions in space.

Their job is just a bit harder.

Whether you're talking about 365 days in time, or the planet completing one revolution around the sun in space, you're talking about the same thing. Space and time are inextricable. So when working out how people in the Bright Empire would keep track of time, I looked for patterns and cycles in space.

On Earth, the sun rises in the east and sets in the west every day... sort of. Really, it only sets directly in the east and sets directly in the west on two days of the year: the vernal and autumnal equinoxes. So the Bright Empire follows the same pattern. Their sunrise is east-ish and their sunset is west-ish every day. It's just as good a basis for time as we have here on Earth. They still have a day-night cycle, and these people still need to sleep. It would be mighty convenient if everyone woke up and got to work around the same time, so naturally they'll find a way to make this happen. Even if their days and nights vary in length with each wobbly-rotation of the planet.

What do I mean by that? Say one day the sun rises directly in the east and sets directly in the west; imagine the arc that sun traces in the sky as it soars overhead through the day. Now the next day, say the sun rises in the northeast and sets in the northwest; imagine that arc the traced by the sun. It will be parallel to the first arc, but the sun will have travelled a much shorter distance. This video by a fellow named Scott Richards on YouTube is a perfect demonstration of what I'm talking about.

Notice how much closer to the horizon the sun travels on the winter solstice? This drastic difference in daylight hours is caused by the Earth's own slow wobble over the course of a year. On this fantasy planet, however, the wobble happens much faster, resulting in solstice-level shifts over the course of only a few days. Imagine that there's a particularly violent wobble that causes the sun to rise in the northeast and set all the way in the southwest. Since the planet is rotating at a roughly constant rate, that's going to result in a much longer arc and much more daylight.

The timekeeping system of the Bright Empire needs to be robust enough to handle these unpredictable shifts. People still need to wake up and get to work in the daylight, after all. But it's not like they can look at clocks with their dependency on non-existing minutes and hours. Sure, people can look up at the sky and get a rough idea of what time it is, but someone needs to keep track of exactly what time it is and set the Rhythm of Time.

Yes, rhythmaticians may be a silly portmanteau of 'rhythm' and 'mathematicians', but they have a very important job. Each day, when the Brightdaughter begins to crest the horizon, they spot it from the top of their Church towers and ring the Bell of Dawn. Then, it's a mad scramble calculating arcs and trajectories to determine where the sun will set and how long the day will be so they can record it for official Church reasons. I'll leave the details of this religion unspecified for now. (I'm totally not making it up as I go. But they do have a good story reason for keeping a long record...)

When the sun reaches a point specified by their calculations, they ring the Bell of Half-Noon. The "span" – my approximate replacement for "hour" – from Half-Noon to Dawn lets everyone who hears the bells know whether they're in for a short day or a long one. When the Brightdaughter reaches her apex, the Noon bell alerts all the workers in Liwokin that it's lunchtime, just like the old factory whistles that are fast becoming extinct. The rhythmaticians' work continues throughout the day, ringing two more bells at Half-Dusk and Dusk to round out the Rhythm of Time.

The next day, rinse and repeat. Seriously, these guys never get a day off.

I envision the Church's rhythmaticians as somewhat akin to ascetic monks. They take their job very seriously; ringing these bells every day is like their sole purpose in life. And they work throughout the night as well. Since they don't know when the sun will rise, they have to be ever-vigilant. If they miss the Dawn, things could spiral pretty quickly. Of course, it's been known to happen, but only once or twice.

Until the establishment of the Agency to quell the chaos, robberies spiked, businesses burned, the Church even failed to announce the arrival of dawn once or twice. Criers howled that the Dark Era had finally arrived, and for a time I thought they might have been right.

Excerpt from An Ocean of Others, Chapter 1 (Second Draft)

I think in the current draft of the book I probably mention the bells a bit too often. But I had two reasons for it. The first was that it's a useful way to show that time has elapsed, but that wasn't the primary reason. I really wanted it to feel like these bells and the Rhythm of Time are an ever-present fixture in Liwokin, where much of the story of the first book takes place. They needed to feel like a normal, engrained part of daily life. That way when I take them away, you know things are about to get bad.

The somber chime of dusk reverberated in the air as the sounds of bells from the city’s many churches reached me in uneven intervals. I stood near the elevators, looking over the expanse of Brightcalm Bay and the Districts across the already-black water. Opposite the Blight in the crescent cityscape, the Financial District’s towers now stood dark in front of the pink and orange smears of a sunset sky. To their left, the Brightdaughter set in the southwest. It had remained low all day after rising in the southeast; the day had passed faster than most. A short day always meant a long night, and lately the days had seemed shorter and shorter.

Excerpt from An Ocean of Others, Chapter 1 (Second Draft)

Am I showing my hand too much? Perhaps. But I don't think anybody is really reading these blog posts right now, and the payoff for all this setup isn't even planned for the first book. Right now all these details may seem like bells and whistles, but maybe if I'm lucky someone will read the whole series. If I'm really lucky, they'll even enjoy it! Maybe they'll come digging through old blog posts for more info.

And they'll see that some things were planned this whole time. 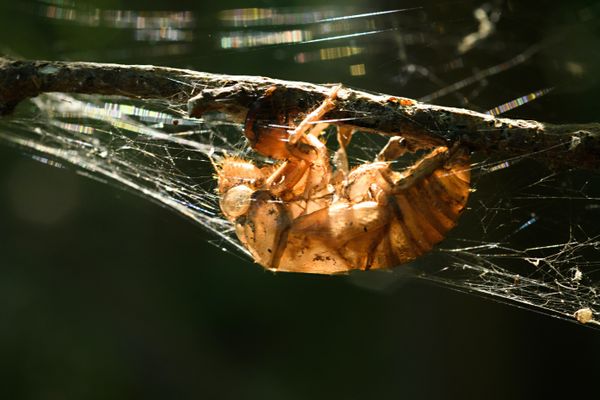 In which I discuss how my book elicited revulsion from a beta reader, and why that's not necessarily a bad thing. 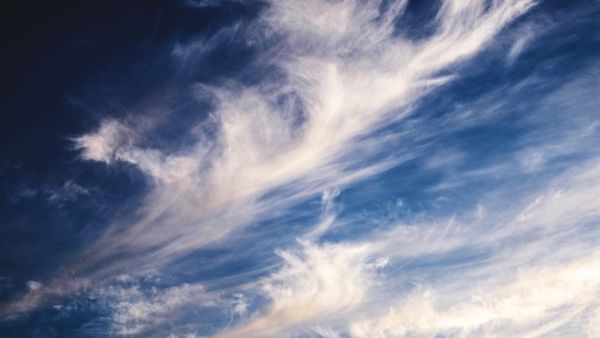 Worldbuilding is a little bit like being in a feedback loop with yourself. You need to break the loop to get on with what's important: writing the story.