An Ocean of Others - Beta Reader Feedback

Earlier this week I received some feedback from one of my beta readers. She was the first of the five to whom I sent the book to read the second draft from beginning to end. Let me begin by saying I'm absolutely thrilled that someone made it through the book, and so quickly! She read the whole thing in just about three days, which she graciously chalks up to the successive mysteries I threaded through the story.

All of the feedback she gave me was very helpful, and it's already got the wheels spinning for how I can improve the third draft! I don't want to go into all of it today, but I've been thinking about one piece of feedback in particular:

The book disgusted her.

No, I don't mean the entire book disgusted her – her feedback was mostly positive! – but one chapter did. "This is a bad chapter to read while eating," she sent me, right around lunchtime (if you're reading this, sorry for ruining your lunch!), and she skimmed past most of it. That's a conundrum for me, because while I would prefer the reader not to skim or skip a scene, to some extent I should expect that... because that scene was supposed to be disgusting.

For context, the premise of the book is that when certain people die, they become monsters that create an aura emitting the strongest emotion they felt at the time of their death. Anyone close enough to the monster to be within that aura feels that emotion strongly, and has sensory experiences that amplify it and keep them locked into it. One of the monsters our protagonist encounters has an aura of disgust, with an illusion that turns the sky mucous-green with congealing clouds, makes people see insects crawling all over their skin, and smells like death. Various details to elicit feelings of disgust from my characters. Those aren't what grossed out my beta reader, however.

It was the backstory of the person who became the monster – why she died feeling disgust as her strongest emotion.

Everything else was just an illusion, in the context of the story. What happened to this poor woman, Andya, who became this monster, actually happened to this character. I made sure the difference is clear – my protagonist experiences an echo of these peoples' trauma, but never the whole thing. That meant when I wrote what happened to Andya, I had to get... explicit.

I'll spare you the details, but Andya suffered from a fictional (as far as I can tell, and certainly hope!) disease, that gave her the worst symptoms of leprosy, the bubonic plague, and necrotizing fasciitis. Warning: Googling these diseases is not for the faint of heart. Those images are worse than anything I wrote in the book.

Reading the chapter now, the description of the monster Andya became is quite vile as well. I wrote the paragraph and even I feel my stomach turn a bit. As a writer, I want the reader to feel what the characters are feeling. If my beta reader felt disgust while reading this scene... mission accomplished, right?

Evoking disgust is easy. In Stephen King's book about the history of the horror genre, Danse Macabre, King writes:

When I told my girlfriend about this section of the blog post, she wanted examples of terror, horror, and gross-out. I told her terror is when you're creeping through the woods on a dark cloudy night, and you feel a tingling on the back of your neck – the monster is lurking unseen, your imagination fills in the details of this waking nightmare. Horror is when the moon breaks from behind the clouds and illuminates the monster, saliva dripping from its teeth like blood drips from a knife; it takes a step toward you, and you have nowhere to run.

Gross-out is when you write that rats are eating the inside of your mouth. She pulled back with a grimace. "Ewww!"

The example of "gross-out" I gave her barely even makes sense. It didn't require any knowledge of a plot. It didn't require likeable characters whose lives you'd care about if they were in danger. I didn't need to sprinkle little details here and there leading up to the line to raise tension or craft a terrifying atmosphere. Nope, just a few words – not even carefully chosen – and an instant gag reflex is induced. Gross-out, revulsion, disgust. It's a cheap trick.

I'm not proud either.

Left to the Imagination

Don't get me wrong, I'm still certain that this sequence is needed in the book. It's a sequence directly from the campaign my friends and I played, and despite changing many details I wanted to keep the encounters with these emotional monsters true to the original story. I also wanted to play with the idea of moral disgust activating the same regions in the brain as physical revulsion. (This book is, strangely, about neuroscience at its core, though as it is a fantasy story I never present it in those terms.) Finally, this monster is the first of its kind with an aura that affects the sense of smell; what better way to demonstrate that than through odors so noxious they make the characters retch?

So what am I to do? Though evoking a feeling of disgust is one of the goals of that chapter, doing so runs the risk of losing the reader altogether. My beta reader was a trooper and pushed through, but I can imagine people putting the book down because of that scene and never picking it up again. But that isn't a problem consigned only to the realm of revulsion.

Last November I joined a NaNoWriMo Discord server, which happens to have many writers penning romance novels. I asked them how they draw the line between steamy-romance and overly-erotic; how do they know how explicit to be with the details?

One person mentioned a friend writing erotica, so that line is fairly easy to draw for that writer – there really isn't one. Another talked about writing the build up, then stopping the scene right before the action begins, so to speak. A good idea, but that one pertains more about how to approach the line rather than where to draw it. A third person gets embarrassed even while writing scenes with nothing more explicit than two people sharing a kiss. So that tells us the location of this metaphorical line has high variance from reader to reader.

One writer's point stuck out to me as broadly useful: she related it to choosing how explicit you get with violence and gore. Whether writing sexual content, violence and gore, or nauseating gross-out scenes, I think the same principle applies. It comes to down to the preference of the writer, who must also take into consideration the preferences of the readers in their potential audience. But as we know, the preferences of those readers will vary wildly. Choosing how explicitly to describe these details will, to some extent, determine who that potential audience is.

If you're very explicit in describing these things, a portion of the potential audience will choose not to read it because it doesn't align to their tastes. Conversely, if you eschew all of these details, a portion of the potential audience will decide the book is too tame for their tastes and look to other authors for entertainment. There's a balance to be struck here when deciding how much should be left to the imagination. That balance is something you work out over time, gaining more experience as a writer while (hopefully) cultivating an audience whose tastes more closely align to your own preference.

For me, I tend to prefer stories that don't shy away from these kinds of details, even if I'm occasionally made uncomfortable by them. This is especially true of violence; I consider not showing its consequences to be an immoral act, and keeping it bloody means less risk of glorifying it.

Disgust, however, is different. I'm willing to dial it back a bit, since it often provides nothing more than shock value. For now, I'm waiting for more feedback to come in before I decide. I believe the explicit details in question are important to this story, but if more beta readers tell me they skimmed this part out of revulsion, I'll have to recalibrate.

After all, I don't want to ruin too many peoples' lunches. 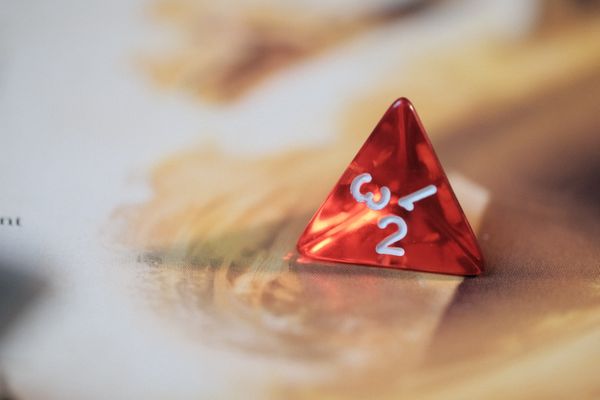 Fantasy novels and roleplaying games may seem cut from the same cloth, but turning one into the other required more work than I expected. 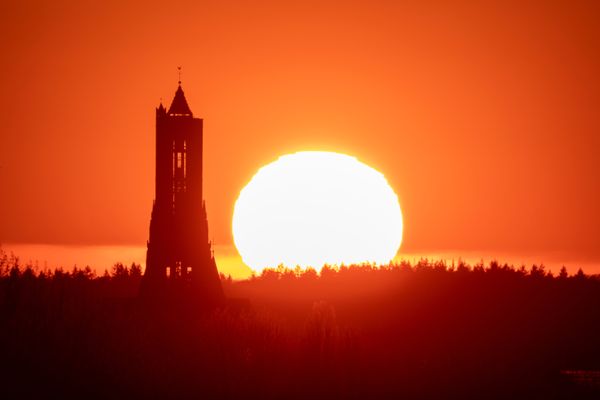