Before you ask, no, I didn't get a cat. That's my friend Steve's cat, named Bowie. Before Steve rescued him, his name was Mr. Snuffleupagus. I think we can all agree that Steve did him a disservice by changing his name. Regardless, this loveable little furball has become the subject photoshoots and belly rubs each Friday before and after we head over to Steve's house for gravelord practice, so I figured he deserved to be included as this month's feature image.

Anyway, on to the writing news!

Last month, I promised that this time I'd share some news about the release of An Ocean of Others. I was being sneaky — I never said it would be good news.

After lots of consideration, I've made the decision to push back the release date, which was originally going to be late-May or early-June. I never even set a firm date! I'll do you the courtesy of at least putting a date on the calendar now, so it's not all bad news this month.

Unfortunately, that means one of my big three goals for this year is going to go unaccomplished. (In all likelihood, two of them are, but that's okay.) I still believe it's the right decision to delay.

The main reason is that I'm not going to have the cover design and wraparound finalized until later this month. I'd still have to get proofs from Amazon, and who knows how long that'll take. Then, even if I were to publish in late June, it would leave me no time to market the book, send out early copies for reviews, or do anything else to get the word out. It feels like I would be rushing it. An extra three months should be plenty of time for me to get everything ready for a smooth release.

My big mistake was that I should have commissioned my artists months earlier than I did, but I didn't know how far out their schedules were booked or how long the process would take. Lessons learned for next time! After discovering that it would be April before getting my cover art, I could have gone with different artists or pre-illustrated art. But I really wanted cover art from the masterful Felix Ortiz – seriously, look at some of these beauties:

Those are some of my favorites, but Felix's entire Artstation is a treasure trove of eye candy. There's a reason he won the 2021 Stabby Award for Best Artist. I hope he keeps doing what he's doing, because I'd love to get his artwork on the entire trilogy!

Assuming everything goes according to (the new, very-behind-schedule) plan, I'll be ready to share An Ocean of Other's cover art with you all in next month's newsletter. That post will be a big one, since it'll also include a retrospective of the previous year and the goals and plans for the upcoming year!

I guess I should start thinking about what those are going to be... 😅

Whatever happens, it's going to be a big year for sure, with September most likely marking the high point! Not only will I be releasing my first book that month, but Rachel and I will be getting married. And hey, you know what a great wedding present would be? 😉

Well, that's it from me this month. I've got a lot of writing to get done in the last month I spend at the tender age of 30. See you next month for my yearly birthday update, and as always, thanks for reading! 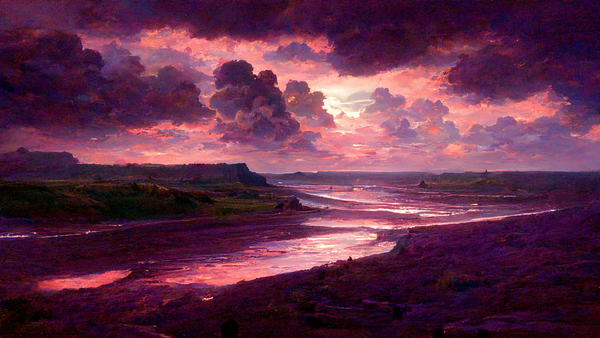 Following the recording of their broadcast, Ada and the three men traveled to another building within the dilapidated military complex. 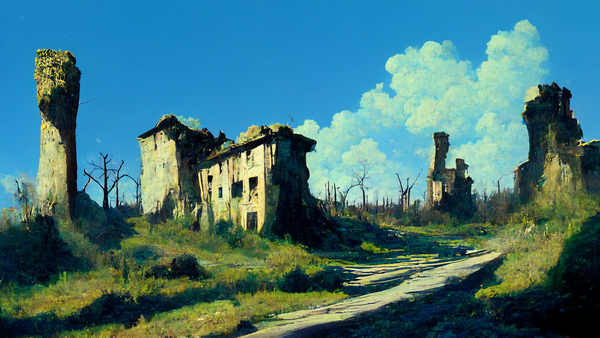 “Tomorrow?” Ada blurted. “None of us have any experience with space flight!” “No one on Earth does,” Constance replied calmly. “Did you miss the part about this being a high-risk mission?”