George's ghost watched as the children toppled his statue.

"Why are you doing this?" George lamented, though he knew the children couldn't hear him. He was dead, after all, and the dead have no voice.

George's ghost sprang back, startled to receive a response. Another ghost floated beside George, far more withered and ancient than he. The ancient ghost's translucent body was hunched over, as an elderly man or woman. They wore ragged clothes that draped down and disappeared at their fringed ends. A hood covered their face with a shroud of darkness. Only the deeper black of empty eyes peered at George through the gloom. George's ghost shivered, as though the presence of the ancient one chilled the afterlife.

"They do it for the people you hurt," said the ancient ghost.

"I wasn't trying to hurt anybody," said George. His ghost frowned and scratched at his wisp of a beard. "See how they've flourished, how great their cities have grown?" George's ghost huffed. He would have stomped one of his feet, if he still had those. "That's all thanks to me. None of this seems very fair."

"Fairness is for the living. The dead must accept what they are given."

"I don't very much like what they're giving me," said George, listening to the cheers that went up as his statue hit the ground. They sounded muted, as if his connection to his old existence was tenuous. The bronze head broke off and bounced away. Some scoundrel lofted it in the air. "I only did what I thought was right."

"So do they," said the ancient ghost, and disappeared without the faintest whisper.

Time passes quickly when you're a ghost. Buildings rose and fell and rose again, replaced in the ever-chaotic march of progress. Artifacts and mechanisms George could never dream of became commonplace in the world of his descendants. Their way of life, governed by these new creations, became incomprehensible to George. He saw the children, once so youthful and full of zeal, grow wizened and grey as the world changed and left them in its wake. Just as it had done to George.

The statues of George's generation had long since been replaced by likenesses of the children's heroes. George's ghost didn't flinch as those memorialized inflicted suffering of their own. This was how life went. For all their progress they could not escape the constants of human existence. Hunger, mistrust, and violence still plagued them. But in death George felt each pain inflicted unto the living as if it were his own. Each cut made by the children scarred him. Each hatred pressed on his ghost's shoulders and hunched his weakened spine. Maybe it was wrong to think of his descendants as children – many had become ghosts themselves – but he still thought their ideas naïve, filled with the hopeful errors of adolescence.

They didn't recognize how grand the world had become. Despite their mismanagement, they left behind an Earth much better than the one George's body had been buried in. Yet the children of his descendants proved even less gracious, even more prone to misdeed. The grandchildren's apparent lust for violence and the tools with which they perpetrated it spilled more blood than George believed flowed in the collective veins of man. His ghost wailed in anguish, a call to join the cries of the numberless dead with which he commiserated. Even the children that toppled George's statue had been wise compared to this new lot. George had been ready to say that.

Until he saw them erect a remarkable new statue, clad in gold in the center of a city more advanced than George could believe.

"Is that me?" George's ghost circled the gilded marvel in astonishment, talking to himself. There wasn't much to occupy a ghost's time other than commenting to each other and themselves on the game of human history. Anything to relieve the despair of seeing their legacies shattered. "A bit heavier-set than I remember being and the beard is longer than I wore it, but the nose is certainly right." Flashing lights and massive ads vied for his attention, but George's ghost could not tear his gaze from his own likeness. Despite himself, George felt a wash of pride. "It's about time I got some recognition."

George's ghost nearly had a heart attack, until he remembered that his heart was rotting in the dirt with the rest of him. The ancient ghost had returned, more withered and decrepit than ever. Their translucent clothes, once merely tattered, had become more threadbare than a moth-eaten rag. Their hands hung limp at their side, skeletal and desiccated, bony flesh lined with a patchwork of scars. It struck George for the first time that even ghosts grew old.

"Recognition is temporary," continued the ancient one. "Death is forever."

"Does anyone left remember who you were?" asked George. The ancient one stared at George with hollow eyes until he relented with a ghostly sigh. "This statue will only remain standing as long as the last one. Is that what you mean?"

"Not so long," said the ancient ghost. "History moves ever faster."

"How will they know they're not making a mistake?" asked George, his ghost trembling with frustration.

"I don't know." George's ghost tried to rest a hand on his ethereal chin; it passed right through. "I learned from the mistakes of our past, that I might not repeat them. I followed my convictions. Was that not right?"

"It was right," said the ancient ghost, and George's ghost beamed. If George was old and wise, this ghost, far older, must have been very wise indeed. "But you made new mistakes."

"How could I have avoided them?" protested George. "The path untrod is always treacherous."

The wise old ghost said nothing.

"I know I wasn't perfect," said George, feeling the need to defend himself. "But what makes this generation any better? They'll tear down my statue just as we tore down our fathers' in our time. They'll cast a gold figure in the likeness of another imperfect hero. How can you stand to watch it? Shouldn't these grandchildren try to be better?"

Finally, thought George, this old fellow was starting to make some sense.

"But they cannot. Just as you could not."

George's ghost closed his eyes and sighed, but the sight of the ancient ghost and the whole world beyond persisted through translucent eyelids. "I don't understand."

"No," said the ancient ghost fading from existence. Their voice shook the air with a frightful promise. "But you will."

Another eternity passed, and the bloodshed grew more frequent. Brother fought brother, friend fought friend, and soon the whole world was divided to the man. Each person thought they alone were right in their cause and distrusted even those who would have been allies in better times. Ever more ghosts looked down upon what they wrought, and no one seemed satisfied with the result.

Certainly not George, who now thought of that ancient fellow as a dear friend, though they had never again appeared since leaving George to ponder their cryptic words. As history ran through its cycles, he began to understand what the wise old ghost had meant. Only through the lens of history can the mistakes of the past be understood. But the lens, fractured by ambition, ever grants distorted sight. George no longer had ambition. His pride had been scoured from him. All that remained to him were countless scars and an everlasting stretch of time. Time with which to refine his crooked lens.

No statues remained in this world of resentment and division, and no warmth remained in the hearts of the living children. Just ice. Remembrance of hard-won victories that could be celebrated by all humankind had been scoured from the Earth. The mistakes of those who struggled for a better future had been forgotten as well. Without remembrance there could only be repetition, and George watched as history spiraled ever-faster down the drain of time.

The violence ceased with nothing left on Earth to fight over. Every ghost had become a mass of scars, most fading from existence for all eternity. Small bands of humans roamed the lands. The great cities of yore had been forgotten. As history slowed and faded from memory, George saw only the flicker of a hopeful spark in the darkness of a bleak, cold world.

In time, wars began anew, waged over objects both alien and familiar. Tribes came into violent conflict with one another, and ghosts began to populate the Earth once more.

Franklin never believed in the afterlife, but the evidence, he had to admit, was quite damning to his beliefs. His ghost looked around as it floated above a battlefield littered with dead. Franklin was not alone in this plane of existence, which was all well and good. Let every ghost witness the ritual his tribesmen performed to sanctify his body. He had led his people well, he had died honorably in the fury of battle, and now he would revel in the universal recognition of his glorious deeds.

They wrapped his remains in carbon-fiber to to withstand the trials of time, then applied a coating of pure gold. When the metal solidified, they placed him on a pedestal in the heart of the compound, exactly where Franklin had specified. Franklin's ghost held his head high with pride. No one had ever achieved such greatness. He did everything right, and now his people would thrive.

Time passed around Franklin as he fixated on the sight of his memorial, moon and sun taking turns glinting in its golden exterior. The compound, once his peoples' entire world, became a mere block in the city his descendants built around him. Franklins' ghost shook his head, becoming aware of the great change that took place without his noticing. Awestruck, he saw far beyond this meager seedbed of his people. All across the Earth, people with whom he felt deep kinship roamed the lands and tamed the world for their own. His ghost took a deep breath, and though the pleasures of cool air filling his lungs were lost to him, he felt at peace and smiled broadly.

He held that smile right up until a powered sledgehammer, glowing brightly with some mysterious energy, knocked the head from his statue.

"What are you doing?" Franklin screamed. The gilded head rolled to a stop. Even the surprised look on the face of the perpetrator of this heinous crime failed to cool Franklin's glowing hot anger. Old blood began to flow. Watching that pooling red surround the scorched and dented gold, Franklin's ghost slumped its shoulders and drifted down to the Earth. "Why are you doing this?" Franklin lamented.

"They do it for the people they love," came a voice. "Those that you hurt."

Franklin spun in alarm and found himself face to face with another ghost, far more withered and ancient than he. The hunched ghost had a hooked nose, and wore a beard that grew down to his navel and wavered with the touch of an unfelt wind.

Franklin was surprised to see a sad smile on this old ghost's decrepit face as it spoke. "Let me tell you something an old friend once told me." 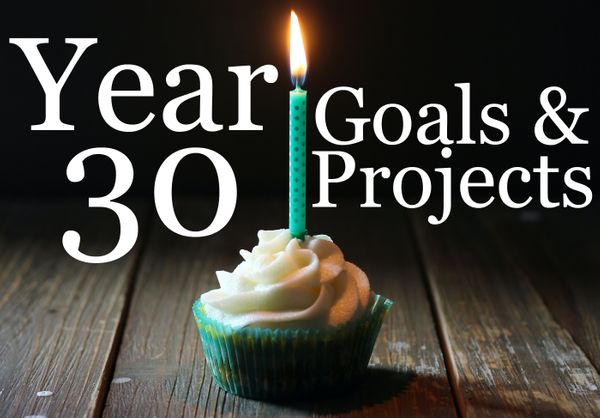 Today is my 30th birthday, time to set a plan for the next year. 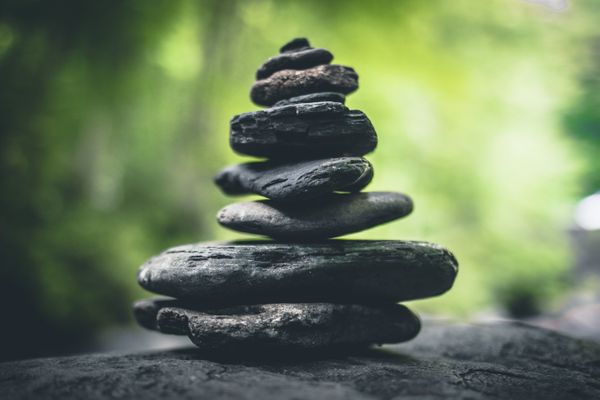 There are many ways to craft a magic system that enhances a story. This post explores how I worked with a preexisting story and characters to create Archemagic for the Dance of the Sibling Suns series.