Roleplaying games are a great way for writers to generate ideas and practice storytelling with friends, and several beloved fantasy series have been spawned in this way. Steven Erikson's brilliant Malazan Book of the Fallen, R.A. Salvatore's Forgotten Realms series, and the Dragonlance novels (from too many authors to list) are perhaps the best known works in this vein. Fantasy novels and roleplaying games may seem cut from the same cloth, but they're two different classes of story. Turning one into the other required more work than I expected.

In Facing Into the Wind, I wrote about how An Ocean of Others is based on a Dungeons & Dragons campaign that my friends and I played (and are still in the middle of playing). In an aside from the post, I noted:

In writing this book, I tried to keep things faithful to our sessions together, while adapting it into a story fit for a wider audience.

I say "a story fit for a wider audience" because it's become clear to me that the only people who will really enjoy the story told during a campaign is the players who crafted it together. Since I want to publish this book, it required a pretty massive overhaul from the original. If I didn't make those changes, the potential audience of the book would be capped at about five people. But I also didn't want to change it so much that it was unrecognizable to those five people.

It was a difficult problem – one that I solved imperfectly, but which helped me learn a lot. In the next few blog posts, I'll do a deep dive into several hurdles I had to leap

The creature then unleashes a psychic blast and deals mental damage to the party. Then it bites Inac with its neck-teeth, dealing a lacerating wound to the abjurer.
Despite the creature being more than two man-heights tall, Inac climbs onto the creature's back, despite losing his footing a little bit and scraping himself on its teeth. From his mounted position, he casts Cure Wounds on himself to heal the laceration.
Garret attempts to shoot an arrow at the tendril drilling from the creature's side into the ground, but misses, then climbs higher into the tree.
A burst of psychic energy is emitted, followed by another pulse and I am incapacitated, lying unconscious on the ground with a bleeding nose. I feel a wave of healing magic rush over me as Inac casts Cure Wounds at a distance. I come to, and find myself lying on my back, but feel rejuvenated.

Sorry for making you read that. Did you skim it? I don't blame you. That was an excerpt from the notes I took during a session two years ago, when our party fought a monster called "The Hunter". I have copious notes from throughout the entire campaign – according to Scrivener it's 36,739 words from the 16 sessions we played. That's nearly enough to be an entire book!

But it would be a terrible book that no one would want to read.

/* Side note: While writing this it occurred to me that I've heard of something called 'LitRPG', of which I knew nothing about. I thought it might be relevant here so I looked into it. Based on what I've found, it seems some people do enjoy reading more-or-less-pure roleplaying stories. However, at the ripe old age of almost-30, I must admit that this genre seems to have passed me by. We like what we like, and this genre is not for me. */

An Ocean of Others is the first book I've written, so when I started writing it I didn't realize how much of what we experienced while roleplaying would be lost in translation. By the time I began the second draft, I knew I wanted to become a good writer, which meant I needed to fix the glaring problems that anyone attempting to "novelize" a D&D campaign will surely encounter. I chose the above excerpt because it exemplifies three of these problems:

During the session, this entire fight was a comedy of errors. My character spent most of the fight hiding, still got blasted into unconsciousness by psychic magic, and eventually killed an allied NPC. We defeated the enemy by lighting a tree on fire and chopping it down while the monster was confused by a cloud of smoke. Garret was tied to the tree while it fell onto the Hunter and crushed it... Good luck translating anything like that into a compelling novel!

And these three aren't the only problems I came across while revising the first draft. Really, the problems were so pervasive I hesitate to call it "revision" – it was closer to a total rewrite. But let's just keep the focus on these three for now; I think that way we'll get the most bang for our buck.

Next week, I'll dive into the problem of unrealistic, inconsistent characters, but I'll close out this post with one other problem, less technical in nature.

Inevitably, a project like this has the tinge of narcissism. Our GM, Jared, came up with the setting and the plot; the rest of the party crafted the story together; and though I had my hand in the matter as well, here I am, turning this entire thing into a solo project, making it seem like my character is more important than the rest. It wasn't meant to be this way.

There's a story I want to tell, the cliché Story I'm Meant to Tell that every writer has. I'm not ready to tell that story yet. I don't have the skill. Writing this "novelization" of our campaign was only supposed to be practice for the books I want to write. But as I wrote the first draft, and even more so the second, I grew to love this story more than I believed I ever would. That's my fault. I poured more of myself into this book than I should have, and now it's too dear to me to let go.

This is why I want to make sure the book remains true to what we created together, to honor the story we shared and the memories that connect us. I don't want this to be my story, I want it to remain ours. I tried to use the minimum necessary force, to only change what was necessary, but I know I'm walking a fine line adapting this story. I only hope I don't stumble and tear out its soul. 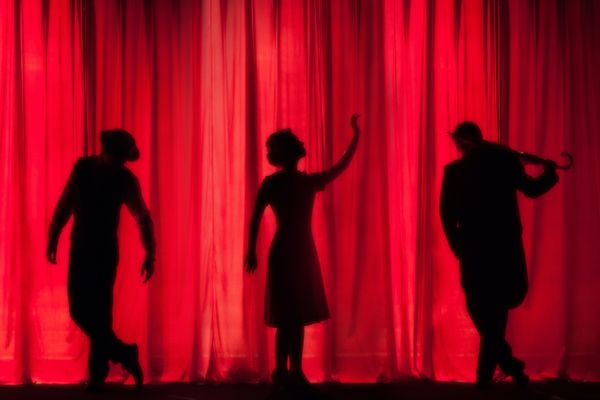 The kind of character the works well in one medium won't necessarily work in any other medium.

In which I discuss how my book elicited revulsion from a beta reader, and why that's not necessarily a bad thing.