Remember those halcyon days of early-July? Back when I wrote:

Well, next month probably won't be quite so exciting, but I think that's a good thing. After this June, I need a break and a return to normalcy. I got behind in my writing this month, but I should be able to make up for it in July.

"A return to normalcy" isn't quite how I would describe this past month.

Early in the month (the day the last newsletter went out, actually), things certainly seemed to be on that trajectory towards normal. Rachel and I went to a Fourth of July fireworks display and found ourselves surrounded by such a crowd you wouldn't believe a pandemic was still ongoing. We were maskless, outdoors, and socially distanced – just the same as every other fireworks display I've attended. We sat on our picnic blanket atop a grassy hill, waiting for the show to begin as the sun crept further beyond the horizon.

All around us, fireworks popped and hissed from the backyards of houses butting up against the park. It was a three-hundred-sixty-degree surround sound experience, the inhabitants of Pennsylvania gambling their fingers to celebrate our country's independence. A flash of light to our left, then a bang-crackle to our right and we whip our heads around, wondering all the while when the real show will start. We didn't even know which direction to look; everyone in the park was sprawled out facing every which way.

But the fireworks we came for couldn't be mistaken for the independent partiers that couldn't wait for full darkness to arrive. They announced themselves when a half-dozen whistling rockets exploded directly overhead. Then a half-dozen more, bombarding us from above, shockwaves rippling through my guts. When the opening salvo concluded, a roar of cheers went up. The collective effervescence was thick as blood. I've always liked fireworks, but to finally feel free of more than a year of lockdown avoiding the plague, on Independence Day no less, these fireworks brought tears to my eyes. I loved it.

A video couldn't do the event justice, but it's all I've got to share with you. Here was a bit of the grand finale:

I didn't love the traffic incident (whatever it was) that took over an hour to resolve before we made it out of the parking lot. But hey, if there was enough attendance to cause a car jam, I took that as a good sign that the world was returning to normal.

Two weeks later, I went to a wedding that had been postponed throughout COVID season – so long, in fact, that the couple had already held a smaller, close-family ceremony and this was their second time being wed to one another in just a few months. After the ceremony, they arrived to the reception together to the tune of Daft Punk's One More Time – a nice touch. This, too, felt just like a pre-pandemic celebration.

It didn't, however, feel entirely normal. Not to me, anyway. Because while scoping out the arrangements, gathering ideas for the JERK wedding, I had to remote into my computer to fill out time-sensitive documents for the closing of our house. Meanwhile, Rachel was at her friend's bachelorette party doing the same thing. Four days later, we closed on a house.

Before our settlement date, my schedule was pretty typical (albeit with much more nail-biting in anticipation of something going wrong with our loan). My weekends were completely booked, mostly because my band was recording a new song in the studio this month, but I was still able to get a good bit of writing done.

/* Note: I think this is the first time I've mentioned my band on this site. If you didn't know, I'm in a metal band called gravelord. Follow us on Facebook! */

Once closing hit, that's when the month went completely off the rails. We were lucky enough to snag a house that's in really good shape and not in dire need of any repairs. That didn't mean we don't have a ton of work to do to get it ready for moving in next month. We planned 25 days between closing and move-in, and we have a laundry list of renovations and upgrades. So we've been driving over every evening after work to scrape wallpaper, clean things that don't seem to have been cleaned since the 1980s, and try to figure out our zany electrical wiring.

By the time this newsletter goes out, we'll be just ten days from our official move-in date! Not that I expect things will slow down at all after moving in. I'm reminded of this evergreen tweet from a few years ago:

With that in mind, I knew if I wanted any time to write this month, I'd have to make it. I suppose that's always true, but it's particularly hard to make time when your normal schedule is in constant flux. Despite that, I did manage to spend more time writing than in June. Not as much as I planned, but the month wasn't a total wash!

Last month, I updated the Current Projects page to add a progress bar for the new sci-fi serial I'm outlining, Grave World. Because I wanted to start publishing the that serial a few months ahead of the release of An Ocean of Others, I needed to start planning the story right away. So I adopted a schedule that alternated each day between outlining Grave World and writing the third draft of An Ocean of Others.

This was very good for Grave World, but very bad for An Ocean of Others. The outline of Grave World is now about 10,000 words long, with no end in sight. There's still a lot of work left to do before I'd be comfortable drafting a first chapter – as I wrote about in my Camp NaNo Retrospective, I can't write a proper beginning without knowing the entire story. And while 10,000 words may seem like a pretty detailed outline, a significant portion of that is worldbuilding and character backgrounds. (Also, some math, because what writer doesn't love Googling physics equations craft a narrative around some kinematics? What's that? Just me?)

I don't regret spending so much of my time on that outline – it was necessary to establish the technology and setting that will play a vital role in the story. Unlike the Second Dance of the Sibling Suns outline, this time I was truly starting from scratch. However, it did slow down progress on the third draft of An Ocean of Others. I'm about four and a half chapters into the draft now, so extrapolating from 4 chapters per month tells me at this rate I won't finish the final chapter until February next year... Not good if I intend to meet my goal of publishing it before my next birthday in June.

My Current Projects page says I'm expecting to finish the third draft in September – that means to get back on track I need to get through Chapter 16 of the book by the next update. That's a huge rate increase: from 4 chapters this month to 12 chapters next month. The pressure is on. I think it's possible though. The beginning of this story needed much more attention than the rest, so perhaps linear extrapolation isn't the best way to determine how behind I am.

In any case, the only way to make up the progress is going to be to put the Grave World outline on hold for now. Then, I'll pick it up in October and work it into shape so I can start drafting the story during this year's NaNoWriMo. I think this plan will work better for me and allow me to focus on one thing at a time. Splitting my attention between two or more projects just doesn't seem to work very well.

So, I'm excited to really get into the thick of the third draft of An Ocean of Others. I'm pleased with how it's coming along so far, and I've joined a group of local writers who've critiqued the first chapter so I can make sure the story hooks you right from the beginning.

Stay tuned (and subscribe if you haven't already) for next month's update, which will be written from the comfort of my new home office. As always, thanks for reading! 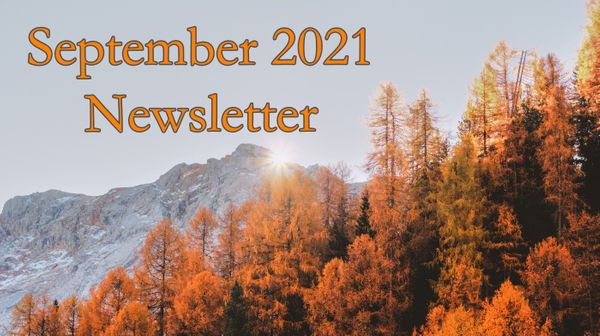 Despite endless homeownership projects consuming my time, August was an excellent month for writing. 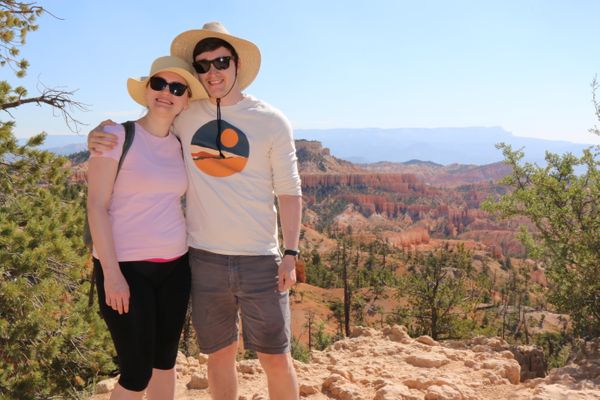 I promised that this month's update would be a big one, but June was even more momentous than expected.