Here we are again. The end of another summer, the beginning of another newsletter. This is going to be a shorter one than usual. Things have been so busy lately, even compared to last month, during which I complained about my normal schedule being in constant flux. That's still true, although there are occasionally days on which I can glimpse the semblance of a normal routine.

The primary driver of time scarcity this month has been, as expected, the move-in to the new house Rachel and I bought. Like promised, I'm writing this from the new home office in our basement, where the gadgets and knick-knacks attached to my laptop have gotten... well, let's just say they've reached critical capacity:

I'm particularly happy with how the camera setup turned out (though I can't say the same for the rat's nest of wires hidden behind the monitors). I've got a Sony α6000 with a Sigma 16mm f/1.4 lens hooked up to stream 60 fps video to my laptop. When I turn down the lights and flick on the diffuse lighting, the video quality is stunning. I just wanted a step up from my old Logitech C920 webcam. It ended up being far better than what I should have, to be honest.

I was inspired to do it by our wedding photographer. When Rachel and I met with him, his lighting on the video call looked ludicrously good. Meanwhile, Rachel and I were sitting on the dusty floor of our new house, in an empty room, giving him the most egregious double-chin angle you could imagine.

He struck me instantly as a professional, thanks largely to his lighting. So I replicated it. Since this office is going to be my more-or-less permanent base of operations for years to come, where I'll be meeting with editors, other writers, and who-knows-who-else via video call, I decided to splurge. As has quickly become Zoom tradition, I even have my bookshelves in the background, which I fitted with some hidden, remote-controlled LEDs.

Of course, this has only been the basement. The rest of the house has been a ton of work too, and we're not even closed to finished. I'm pretty sure working on home projects is just my life forever now. Some of the, uh... fun ones have been:

Even with all those projects consuming my time, August was a very good month for writing. The critique group I joined is still going strong, and it's been great both giving and receiving feedback. Everyone has brought a valuable perspective to the table at every meeting; I've learned so much from them in such a short time.

The group also peer pressured me into creating an Instagram account, something I was hesitant to do for years – who needs yet another social media account causing them subtle brain damage? In this case, I'm glad I followed their advice. So far, I prefer it to the hellsites that are Twitter and Facebook.

And best of all, I managed to hit my August revision goal. In the last newsletter, I wrote:

...to get back on track I need to get through Chapter 16 of the book by the next update. That's a huge rate increase: from 4 chapters this month to 12 chapters next month. The pressure is on.

This isn't just a self-imposed deadline anymore either. I've already gotten sample edits from a number of freelance editors who I've told I'll have the manuscript ready by October. I wouldn't want to make a liar of myself. But given that I won't be moving this month, I'm confident I'll be able to fulfill this commitment and put the book in the hands of one of those editors sometime early next month. That'll give me plenty of time for a fourth and fifth draft before final formatting and publication by my birthday next year. With a quarter of my year complete, I'm feeling good about hitting those goals.

So the progress bar for An Ocean of Others' 3rd draft is now sitting at 55%.

Before the next update, expect to see it hit 100%. Until then, follow me on my new Instagram @joshuascottedwards for the occasional progress report or snippet from the book, and subscribe to the blog if you haven't already. As always, thanks for reading! 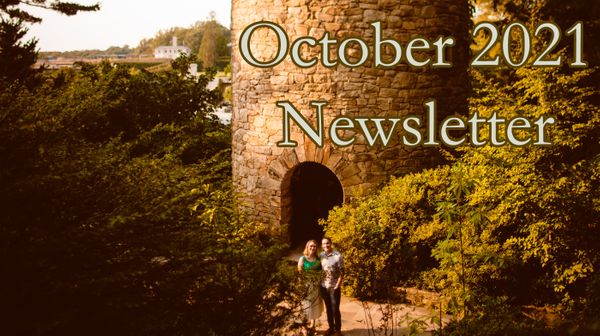 The third draft of An Ocean of Others is finished and in the hands of an editor! This month, work continues on the Grave World outline in preparation for NaNoWriMo.

A return to normalcy might have been what I was hoping for, but it isn't quite how I would describe this July...